In the first segment (1:17-35:20), Anne from Pikapi Podcast helps me discuss the music of Pokemon Dash, the first Nintendo DS Pokemon game. While this racer certainly isn't the most memorable Pokemon title, that didn't stop us from finding plenty to talk about. As usual, there's a game discussion after the outro.

Our second segment (36:25-43:17) is an archival interview with Nick McKaig, a musician I interviewed all the way back in 2011, when he released an acapella cover of the English Pokemon theme. As you'd expect, we also talk about his musical history, and some of the other songs he’s covered, ranging from TV themes to classical music.

Why It Works: Holding Out For A Hero

What makes an 80's dance song a good fit for the trailer of a Pokémon movie? As it turns out, "Holding Out For A Hero" has a number of features and parallels to Detective Pikachu, some of which weren't even used:

Transcript:
With a driving beat and dramatic vocals, “Holding Out For A Hero” makes a great trailer song. In the case of Detective Pikachu, it’s used to showcase the more action-packed elements of the film. With shots from the Roundhouse, the lab, and the climax of the movie, the music helps sell that this isn’t simply a low-key crime story. There are lyrical parallels as well-the hook of the song responds to Tim’s statement that he doesn’t need a Pokémon, and the trailer makes a fairly obvious use of “like a fire in my blood”. To be honest, though, they could have gone even further, as “someone somewhere watching me” is definitely true for our heroes, and the references to thunder and lightning are just begging to be used. Then again, there’s only so much you can fit in a trailer. In any case, what are your thoughts on this pairing? Be sure to let us know. Thanks.
Posted by Steven "PokéPress" Reich at 5:00 AM No comments:

Email ThisBlogThis!Share to TwitterShare to FacebookShare to Pinterest
Labels: detective pikachu, why it works 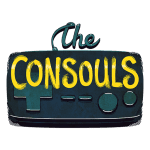 I recently had an opportunity to interview Jonathan Gamra of The Consouls, a video game cover band from Australia. Earlier this month, they posted a version of “Imakuni?’s Theme” from the Pokémon Trading Card Game for Game Boy, and I wanted to learn more about it.

Where are you from, and how did the band get started?

We're based in Sydney. Our keyboard player Zorsy had his own channel about a decade ago where he uploaded solo piano covers of VGM on YouTube. Eventually he found me and the other members and we started the Consouls project in 2014.

How would you describe the overall style of the band? What are your musical influences?

We consider our genre “video game jazz”, but we dabble in other genres too. We’re heavily influenced by a lot of soul, R’n’B, and fusion.

How do you pick which songs to arrange/cover?

We have a monthly show called “Consouls Radio” where we pick a theme and Patrons vote on tunes they would like to see within that theme. Past examples have included JRPGs, SEGA music, vocal anime covers, etc. That accounts for about half of what we cover, the other half we pick ourselves.

Why did you choose to cover "Imakuni?'s Theme" from the Pokemon TCG game?

June was our birthday month and for Consouls Radio the theme was “anything goes”. Our guitarist Jono really liked the tune so we picked it.

Was there a specific philosophy or methodology for how the song was arranged?

Often times we’ll take inspiration from other tunes that we like or think will work over a video game tune, but this was more about expanding on the parts of the original that sound good and would be fun to play over.

How did you get from that to the final product?

Once Jono finished the arrangement, the band got a lead sheet, which is essentially a reduced version of the melody and chords. At that point, we played through it many times to decide how we wanted the whole arrangement to sound.

Are there any specific parts of the song that you wanted to point out?

The solo section follows a 12-bar blues form under the riff which akes it a little easier to play while still holding the core of the arrangement. You’ll see that a lot in a of jazz arrangements, even if the tunes aren’t 12-bar blues, because it’s just a progression to solo over with plenty of room for the band to react to the soloist and build from.

What are some other songs you've covered recently?

Some highlights include a lo-fi cover of “Zanarkand” from Final Fantasy X and a funky take on “Life Will Change” from Persona 5.

How has the pandemic affected the band?

We're working completely remotely at the moment as we’re in lockdown. Since we can’t record as a full band we're experimenting in other genres like the aforementioned lo-fi and soon, chiptune!

Where can you be found online?

Despite the pandemic we're still pumping out uploads every week on our channel and almost as frequently on music services like Spotify, Apple Music, and YouTube Music. You can find us on social networks under @theconsoulsband.

Unboxing the "Together With The Wind" Cassingle

Pokémon is an old enough franchise that some of its music was released on cassette when the format was still (somewhat) current. That said, the number of titles released on the format isn't particularly large, especially on the Japanese side, where "Together With The Wind" is one of the few examples:

Posted by Steven "PokéPress" Reich at 12:00 PM No comments:

In this episode, Anne from Pikapi Podcast drops by to talk about the music of Pokémon Colosseum, the first of many Pokémon games by Genius Sonority. With its western-inspired setting, it gives us plenty to compare to, especially from the world of film. If you want to know what we thought of the game itself, be sure to listen after the outro:

In this episode, Anne from Pikapi Podcast helps me cover the extensive and varied soundtrack of Pokemon Channel. While the game itself isn't exactly well-regarded, the music gives us plenty to talk about, both in terms of production and style. To find out what we thought of the gameplay, be sure to listen after the outro:

In this episode, Anne from Pikapi Podcast drops by to discuss the music of Pokemon Pinball: Ruby & Sapphire. This Game Boy Advance sequel takes a rather different approach to its soundtrack, but that doesn’t stop us from making some interesting observations. As usual, we discuss the game itself after the outro:

In this between-generations discussion, Anne from Pikapi Podcast drops by to analyze the music of Super Smash Bros. for the N64 and Melee for the GameCube. While these early entries don't have the sheer volume of content featured in later iterations, there's still plenty to cover, even if we did have to include a "wish list" song. As usual, we discuss the games themselves after the outro:

Anne from Pikapi Podcast joins in to discuss the music of Pokemon Stadium 2 for the N64. While not as well-known as its predecessor, there’s still a lot of material to cover, both on the battling side as well as in the minigames. Honestly, it’s pretty impressive for a game with only a single composer. If you want to know what we thought of the game itself, be sure to listen after the outro:

In the first segment (1:18-12:33), I interview Veronica Weygandt, a percussionist who's done several covers of Pokemon music. Despite being relatively early in her career, we still had a lot to talk about, including how percussion is much more than just drums, how those instruments have been brought into the digital realm, and how she's revisited some of her earlier work.

Our second segment (13:43-1:10:11) is a discussion of the music of Pokemon Puzzle Challenge for the Game Boy Color. While most of this title is similar to its N64 counterpart, the music definitely isn't, and Anne from Pikapi Podcast was happy to help me cover it. As usual, we have a game discussion after the outro: